"Why is it no one ever sent me yet
One perfect limousine, do you suppose?
Ah no, it's always just my luck to get
One perfect rose."
Dorothy Parker (1893-1967), American writer, poet & critic
There is a huge body of quotes about being thankful and feeling gratitude, but there are also a good number of quotes and sayings about the polar opposite  ingratitude, thanklessness and being ungrateful.
In addition, there are several frankly ungracious quotes from those who appear to have considered gratitude a weakness! Here is a selection of ungracious & unthankful quotations & sayings for you to savor!

Ingratitude is the essence of vileness.
Immanuel Kant (1724-1804), German philosopher


Most people return small favors, acknowledge medium ones and repay greater ones  with ingratitude.
Benjamin Franklin (1706-1790), American statesman, politician, author, scientist and inventor, and one of the founding fathers of the United States


We do not quite forgive a giver. The hand that feeds us is in some danger of being bitten.
Ralph Waldo Emerson (1803-1882), American philosophical writer & poet


I have learned silence from the talkative, tolerance from the intolerant, and kindness from the unkind; yet, strange, I am ungrateful to those teachers.
Kahlil Gibran (1883-1931), Lebanese-American writer, poet & artist


Gratitude is the least of virtues; ingratitude the worst of vices.
French Proverb


When our perils are past, shall our gratitude sleep?
George Canning (1770-1827), British Prime Minister 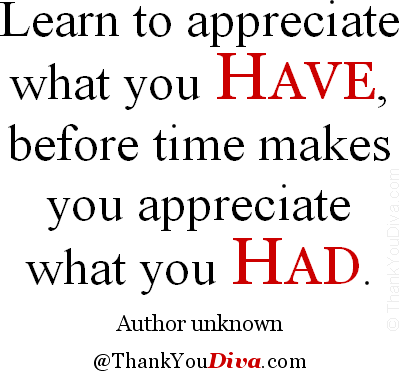 More Quotes about Thanklessness and Ingratitude

Remember that not to be happy is not to be grateful.
Attributed to Elizabeth Carter


Nothing more detestable does the earth produce than an ungrateful man.
Ausonius (~310  ~395), Roman poet


A thankful person is thankful under all circumstances. A complaining soul complains even if he lives in paradise.
Bahá'u'lláh (1817-1892), founder of the Bahá'í Faith


How sharper than a serpent's tooth it is to have a thankless child.
William Shakespeare (~1565-1616), English playwright & poet. From: King Lear, Act I, Scene 4


We often take for granted the very things that most deserve our gratitude.
Cynthia Ozick (b. 1928), American writer


Many people who order their lives rightly in all other ways are kept in poverty by their lack of gratitude.
Wallace Wattles (1860-1911), American author


What a miserable thing life is: you're living in clover, only the clover isn't good enough.
Bertolt Brecht (1898-1956), German playwright & poet

Next to ingratitude the most painful thing to bear is gratitude.
Henry Ward Beecher (1813-1887), American priest & social reformer


Too great haste to repay an obligation is a kind of ingratitude.
François de La Rochefoucauld (1613-1680), French writer


Maybe the only thing worse than having to give gratitude constantly is having to accept it.
William Faulkner (1897-1962), American writer & Nobel laureate


The hardest arithmetic to master is that which enables us to count our blessings.
Eric Hoffer (1902-1983), American writer


Gratitude is a burden, and every burden is made to be shaken off.
Denis Diderot (1713-1784), French philosopher & author


I remember those happy days and often wish I could speak into the ears of the dead the gratitude which was due to them in life and so ill-returned.
Gwyn Thomas (1913-1981), Welsh author & poet


Gratitude  the meanest and most sniveling attribute in the world.
Dorothy Parker (1893-1967), American writer, poet & critic


Gratitude is a sickness suffered by dogs.
Joseph Stalin (1879-1953), Leader of the Soviet Union