Apples and teachers: why the association?

"An apple for the teacher is always gonna do the trick,
If you didn't study your arithmetic."
Bing Crosby & Connie Boswell, lyrics to 'An Apple For The Teacher' (1939)

Everyone knows the saying An apple for the teacher  the stereotype of a shiny red apple being the perfect school house gift. This association between apples and teaching remains very current, despite the tradition of actually giving apples being now more honored in the breach than in the observance.
While these days apples are more likely to appear in lunch boxes than be left shyly on the teacher's desk, apple-themed teacher gifts and teacher-related items abound  be they mousepads, jewelry, crystal apple paperweights or plaques. And creative families in the US come up with all kinds of wonderful apple crafts and treats in honor of the annual Teacher Appreciation Week.

Many US States even have a Golden Apple Award given to outstanding teachers and educators.

Interestingly though, this strong association between apples and teachers isn't universal. In fact, it's limited pretty much to the USA and Scandinavia (particularly Denmark and Sweden). This suggests that the origins of the current American tradition may lie with early Scandinavian settlers. 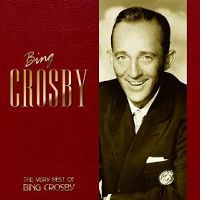 In other European countries, such as Germany, apples and teaching are not connected at all, and it is likely that 'an apple for the teacher' is only known in the UK because of US books and movies (and of course the famous Bing Crosby song "An Apple for the Teacher").

So why did the Scandinavian settlers see apples as a particularly good gift for teachers, and why did the seeds of this tradition fall on such fertile ground in the USA?

Unfortunately any definite answers to these questions seem to be lost in time. Regarding the saying 'an apple for the teacher', the U.S. Apple Association used to state on their website "We confess, we don't know how this saying originated... It probably harkens back to the 'apple polisher'".

What, then, is an 'apple polisher'? I hadn't come across this phrase before, but apparently it refers to a child who tries particularly hard to win his or her teacher's favor and approval (in other words, not just giving an apple, but giving an apple that has been polished until it shines!). No one likes a teacher's pet and so it's unsurprising that the term has come to be used to mean someone who toadies or 'sucks up' to a person in authority.

But that doesn't help us with the question of how apples have become the iconic teacher gift, and emblematic of teaching. But in the absence of any hard evidence, I think we can make a few guesses at how this tradition came about.

First of all, the US tradition of the gift of an apple seems to be particularly associated with the first day of school. This, of course, takes place in September: apple harvest time. So freshly picked apples  which are grown in every state in the continental United States  would have made a cheap and appealing gift for a nervous child to give to a new teacher.

Historically, apples may also have served as an acceptable 'payment in kind' from parents unable to afford the full school fees, and I've come across the suggestion that this may be something that originated in Scandinavia in the 19th century and was particularly adopted in the US during the Great Depression in the 1930s. Apples can of course be successfully kept over the winter, and are universally associated with health ('an apple a day keeps the doctor away'), adding to their value as an acceptable form of payment.

Probably apples were just one of many 'gifts from the fields' that teachers were presented with  others must surely have included flowers and homegrown vegetables. Flowers, however, are more of a feminine gift, while 'a bunch of carrots for teacher' or 'a cabbage for teacher' doesn't have the same ring or shiny appeal. So the unisex apple is the one we remember.

Moreover, in traditional alphabet books and rhymes, the first letter learned, A, stands for apple. And of course, the A of apple can only help  every child might hope  to associate A grades with his or her schoolwork!

Apples are abundant, attractive to look at, and most people like how they taste. A good choice, then, for a positive, easily recognizable emblem of teaching that everyone (at least in the US) understands.

If this has whetted your appetite for apple information, then Wikipedia has a very interesting page on the symbolism and folklore of apples.